Arwingpedia
Register
Don't have an account?
Sign In
Advertisement
in: Article stubs, Messy articles, Articles in need of images,
and 4 more

Super Smash Bros. Ultimate is a fighting video game for the Nintendo Switch. This game has been announced by Nintendo Direct in March 2018, which was the 10th anniversary of Super Smash Bros. Brawl. The game is to be an entirely new game, and not a mere port of the Wii U / 3DS title. It features every playable character from all previous installments which benefits the tagline: "Everyone is Here!" Fox McCloud, Falco Lombardi, and even Wolf O'Donnell return as playable characters. Krystal also makes an appearance in this installment as an Assist Trophy, using her staff to attack nearby opponents. 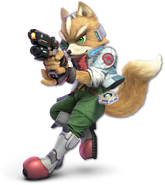 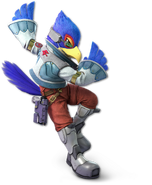 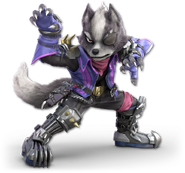