A comprehensive list of official artwork and in-game screenshots of the SharpClaw army.

A SharpClaw foot soldier, the most common enemy in the game.

Promotional artwork of Fox and Tricky, beating a SharpClaw.

Promotional poster of Scales and SharpClaws. 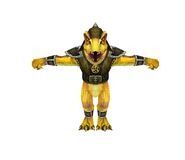 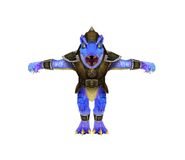 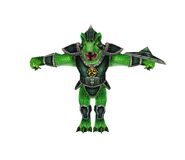 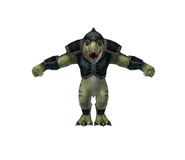 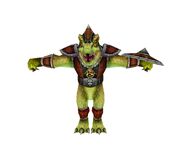 Model B
Add a photo to this gallery

SharpClaws within the Test of Combat.

Fox McCloud, disguised as a SharpClaw.

A SharpClaw operating a cannon at DarkIce Mines.

A SharpClaw Cannon in action at CapeClaw.

Only SharpClaw can open these feet pads.

The SharpClaw Suit created by Slippy, activated by Krystal's Staff, without the ability to use it.

Sharpclaws celebrating the overthrow of General Scales.
Add a photo to this gallery
Retrieved from "https://starfox.fandom.com/wiki/SharpClaw/Gallery?oldid=53534"
Community content is available under CC-BY-SA unless otherwise noted.