This article is about the Lylat System. For the star, see Lylat (star)

The Lylat System ("system" is not capitalised in Star Fox 64) (also known as the Lylatian System or Cornerian star system) is a star system consisting of the large blue-giant star Lylat, three minor nebulae, and at least twelve planets, several within the habitable life zone of Lylat.

The most habitable planet in the system is the Earth-like Corneria, the fourth planet from Lylat. The inhabitants of Corneria have since expanded and colonized most of the system, establishing industrial zones and military bases on several of the less-habitable planets.

“Millions of years ago, Titania was a thriving planet populated by an advanced agrarian civilisation. Interspersed between the farming communities were ornate cities of stone that the Titanians constructed using advanced engineering and architectural techniques. The centrepiece of ever town was its temple, where villagers would leave their harvests to appease the fearsome Goras. Now, two million years after an asteroid collided with Titania, the Goras is the only surviving creature roaming the planet. A far cry from the lush, green planet it once was, Titania has become a barren wasteland of deserts and dunes. Even the Goras is different- a direct result of Andross's biomechanics experimentation.”
—Lylat Datalink, The Red Planet, pg 53

“The ancient civilisation of Aquas once stood above the waves on a series of islands admits the global ocean. There, people built great temples and made a living by harvesting sea life from the surrounding waters. But long ago, a monstrous entity known as Bacoon grew in the depths of the ocean, and it was jealous of the glorious civilisation on the land. Over many years, Bacoon grew powerful. It learned how to control the other aquatic lifeforms, like the explosive Starfish. When Bacoon commanded thousands of the Starfish to migrate to the ice cap and explode, the resulting heat melted the polar ice cap and all the islands were covered by the sea forever.”
—Lylat Datalink; Mysteries in the Deep pg 86

Before the Lylat Wars, Corneria was the center of political power in the Lylat System. The Cornerian military was mostly limited to the homeworld, and the system was, for the most part, peaceful. During this period, the gifted Dr. Andross had begun to take interest in increasingly dangerous biotechnology, as well as elaborate, ambitious projects including attempts to terraform the frontier planet Venom. Ignoring repeated demands that he cease his experiments, Andross was eventually banished to Venom after a catastrophic incident involving a bioweapon he developed. Despite contaminating a small area of Corneria's capital city, further damage was prevented due to a timely, and somewhat frantic, response by the Cornerian Defense Force. Nonetheless, Andross's experiments resulted in the planetary system being damaged to such an extent that it became a "wasteland of near extinction." General Pepper, the commander-in-chief of the Cornerian Army, seized Andross' laboratory and assets, and permanently banished the doctor to the hostile world of Venom.

Five years after Andross' banishment, Cornerian intelligence agencies began to notice strange activity on and around Venom. Concerned about the situation, General Pepper dispatched the commando squadron Star Fox to investigate. The team was comprised of three members: ace pilot James McCloud, his long-time friend Peppy Hare, and the materialistic Pigma Dengar whose main concern was payment. Unknown to Peppy and James, Pigma had been offered a large sum of money by Andross and turned on his wingmates upon their arrival at Venom, leaving them open to attack. James's ship allegedly drifted into an artificial Black Hole created by Andross, while Peppy barely managed to escape. Peppy then returned to Corneria to inform James's son Fox McCloud that his father was betrayed and killed. Andross spent the following years building a massive armada, recruiting the various pirates, outcasts, and cultists on Venom and neighboring planets. Having developed several experimental superweapons, Andross turned his attention to Corneria, planning to overthrow the existing government and proclaim himself emperor. The Venomian fleets expanded across the Lylat System, conquering the various planets on their path to Corneria. General Pepper considered this no less than an act of war, prompting a large counter-offensive by the Cornerian military, with the new Star Fox team at the head of the assault. This new team was tasked with leading the counter strike, featuring new equipment and personnel including the cocky hotshot pilot Falco Lombardi, a starship engineer named Slippy Toad, the seasoned veteran Peppy Hare, and the new Dreadnaught Class cruiser Great Fox. After repelling a direct assault on Corneria's capital city, the Star Fox Team proceeded to liberate the rest of the Lylat System and push the Venomian forces back to their homeworld. The team struck decisively at many Venomian strong points, with the Cornerian fleets hunting down stragglers. After an entanglement with the opposing mercenary squadron Star Wolf, Fox broke off from his squadron and proceeded down into Andross's subterranean stronghold alone. There he encountered an incredibly mutated Andross, who had spent years "improving" himself with synthetic enhancements and gene manipulation. The ensuing battle revealed that all that remained of Andross' original form was contained within an enormous biomechanical brain. Upon his defeat, Andross activated a self-destruct system, destroying himself and his facility in an attempt to take his assailant with him. Although stunned by the blast, Fox managed to pursue a vision of his father which lead him through the maze of tunnels and back to the surface.

Upon their return to Corneria, the Star Fox team was decorated for their achievements, and paid a massive monetary reward. The death of Andross marked the end of Lylat Wars, although the inhabitants would have to spend several years rebuilding.

The Titania Research Base Incident

Four years after the conclusion of the Lylat Wars, Falco Lombardi responded to a distress signal from Katt Monroe. Falco responded to the call immediately, going AWOL in the process. The remainder of the team eventually arrived at a newly constructed research station on Titania, currently the only facility of its kind on the planet. Falco managed to save Katt and her gang of space hot-rodders, FREE AS A BIRD, from a native Goras creature, while the rest of Star Fox contacted the head of the research institute, Captain Shears. It is revealed that the facility aims to replicate Andross' research, although they are under attack by Venomian remnants.

Meanwhile, Katt informed Falco that Captain Shears was attempting to test an unspecified superweapon. Shears then designated a target for Star Fox, which the team believed to be of Venomian origin. Upon discovering that the target was actually a hot rodders ship, team began to question Captain Shears' motives and dispatched Slippy to investigate further. Suspecting an insurrection, Captain Shears set a Goras upon Slippy, mirroring a similar incident in the past, eventually resulting in his capture. Katt reveals to Star Fox that the hot rodders had acquired leaked information regarding the nature of the experiments conducted at the research facility. ROB 64's description revealed that the facility was not simply attempting to replicate Andross' research, but were in fact attempting to create a clone of Andross himself.

The mercenary teams then conducted a surgical strike on the research facility, with the hot rodders creating a diversionary assault while Fox infiltrated the base to rescue Slippy. It became increasingly apparent that Captain Shears was losing his sanity as he attempted to personally hunt down Fox. Meanwhile, another Goras creature attacked the hot rodders, but were saved by a timely intervention by Falco.

The following was a duel between Fox and Shears, during which Shears' rapier was disabled. While attempting to escape on his river boar, but was crushed by the newly risen Andross. Fox was able to destroy Andross using the Landmaster's Solar Bomb, destroying the research facility in the process. Following this series of events, Falco proclaims his intentions to operate independently from the Star Fox team, and encourages Katt give up being a mercenary.

The Plight of Sauria was an isolated incident on Dinosaur Planet, taking place a little more than eight years after the Lylat Wars (and 4 years after the events on Titania) during a small gap of relative peace in the Lylat System. Those living in the Lylat System were concerned in the well-being of the planet, but were more distracted by other issues such as pirates to really pay much attention to Dinosaur Planet. The planet had been experiencing a tribal war, due to the villainous SharpClaw, led by General Scales. General Pepper dispatched the Star Fox team to investigate what exactly was happening there and soon discovered the planet had been splitting apart from the inside.

Objects known as SpellStones were part of the main source of the planet's energy in keeping it together. The other main source was the race known as the Krazoa. This disembodied race held magical abilities that General Scales hoped to get his hands on, but what he did not know was that he was merely a puppet being used by the thought-to-be dead Andross.

Fox's perilous journey through the Dinosaur Planet led him to General Scales, who was commanded by Andross to release the last Krazoa spirit and be used by Krystal to revive himself. After a great battle Fox defeated Andross, and Dinosaur Planet had been saved.

More than a year after the end of the crisis on Sauria (formerly Dinosaur Planet), an insect-like race called the aparoids invaded the Lylat System. Eventually, they made a colossal assault on Corneria, taking the planet by surprise and leaving it in ruins. With the help of the Star Fox team, researchers on board a base known as the orbital gate managed to create a program that would make all aparoids self-destruct. The catch was that it had to be fired at the aparoid queen in the core of the aparoid homeworld. A small assault fleet was assembled (including the Great Fox), and they used the gate to travel through an unknown distance to the aparoid homeworld. The entrance to the core was protected by the shield, and Star Fox was deployed to take them out. Specifically, Fox was the one who went planet side to take out the aparoid hatchers.

It was not enough, for shortly after, energy from the core formed an almost unbreakable shield. Thanks to the heroic and sacrificial efforts of Peppy, the Star Fox team managed to get through and deliver the self-destruct program to the queen, thus ending the war.

Some years after the defeat of the Aparoid Race, a new threat to the Lylat System emerged from the depths of the acidic Venomian seas, the Anglar army. Corneria was once again the primary target of the frontline attacks, with fleets and enemy units similar to that of the Venomian army, the planet was dominated in the name of the Anglar Emperor.

Team Star Fox had disbanded at that point, leaving the Lylat System more vulnerable than ever before. Dependant on the gameplay choices, Fox McCloud once again climbed back into his Arwing to face the Anglars, alone or united with old friends or even enemies. 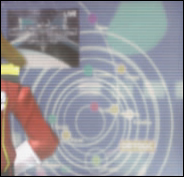 The Lylat System is filled with various armies, tribal groups and companies that create the Society and Cultures throughout the System.

Coincidently, Sirius is in the constellation Canis Majoris, and a majority of the Lylat System's inhabitants are canine humanoids.

Names in other languages

Retrieved from "https://starfox.fandom.com/wiki/Lylat_System?oldid=51501"
Community content is available under CC-BY-SA unless otherwise noted.