A comprehensive list of official artwork and screenshots of Katt Monroe.

Katt Monroe's artwork in Star Fox Command.
Add a photo to this gallery

Katt appears in the Expert Mode ending of Star Fox 64 via Bolse.

Katt persuades Falco to throw in the towel during the Star Falco ending.

Katt as a member of Star Falco.

Katt on the Communications Channel in Star Fox 64 3D.

Katt appears in the Expert Mode ending of Star Fox 64 3D via Bolse. 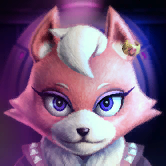 Katt on the Communications Channel in Star Fox Zero.

Katt's ship, which appears after you free her on Zoness in Star Fox Zero.

Katt checking up on Star Fox in Sector Beta before fleeing from Leon, Pigma and Andrew Oikonny's arrival
Add a photo to this gallery

Katt sends out an SOS to Falco, as she is attacked by Goras. 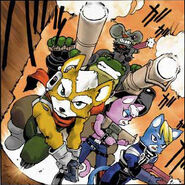 Fox and the Hot Rodders team up to take down the Titania Base and the Andross Clone. 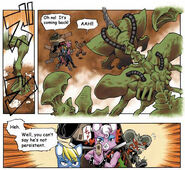 Katt and the Hot Rodders face Goras again.
Add a photo to this gallery
Retrieved from "https://starfox.fandom.com/wiki/Katt_Monroe/Gallery?oldid=52533"
Community content is available under CC-BY-SA unless otherwise noted.