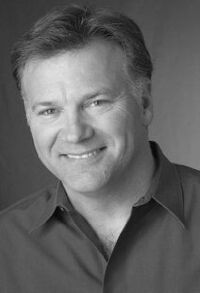 David Frederick White, born May 25, 1960, is a Seattle-based American voice actor who performed the voices of General Pepper, Pigma Dengar, ROB 64 and the Attack Carrier pilot in Star Fox 64. Other roles include Sonny in Mario Golf, the narrator in Kirby's Epic Yarn, and various marines in Halo 3, plus a few live-action roles on TV and in movies.

For unknown reasons he was uncredited for his work in Star Fox 64 3D (where he reprised his four roles in addition to inheriting the role of Andross from Rick May). He was, however, credited normally for his reprisals in Star Fox Zero.

Retrieved from "https://starfox.fandom.com/wiki/David_White?oldid=51791"
Community content is available under CC-BY-SA unless otherwise noted.