A collection of official artwork and in-game screenshots of Andross. 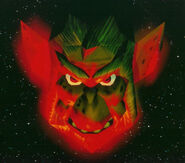 Andross and General Pepper (Star Fox 2).
Add a photo to this gallery 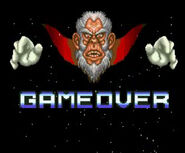 Andross appearing on the Game Over screen indicating his victory (Star Fox).

General Pepper exiles Andross to Venom, never to threaten Corneria again, or so he thought...

Fox confronts the one who doomed his father.

The conflict between Fox and Andross in the battle of Venom.

The organic head of Andross in Star Fox 64.

Only I have the brains to rule Lylat!

The tendrils under the brain snare the Arwing to shreads.

All the main characters in Star Fox 64.

Fox discovers the truth behind the Krazoa God.

The Krazoa spirits are released from Andross.

A more detailed render of the backstory of Lylat, depicting Andross' exile by General Pepper.

Version of the robot decoy from Star Fox 64 3D.

All the main characters in Star Fox 64 3D. 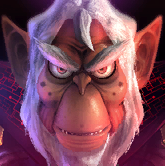 Andross on the Communications Channel in Star Fox Zero.

Andross in the opening cutscene of Star Fox Zero.

Andross appearing on the Game Over screen indicating his victory (Star Fox 2). 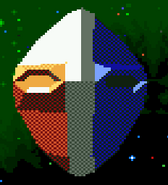 Andross takes on a mechanical face in Star Fox 2, revealing an ape-like form in higher difficulties after taking out the eyes.

Andross in his true form in Star Fox 2 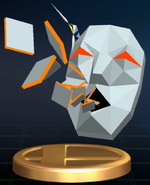 Andross used as an assist trophy in Brawl.

Andross's N64/3DS trophy (3DS&WiiU).
Add a photo to this gallery

Andross's Android Pig, Herbert, probably the only thing Andross ever had to a friend in the comics.

The SNES comics' interpretation of Andross's seeds of reason for his villainy towards the Cornerians.

Andross's appearance in the SNES comics. 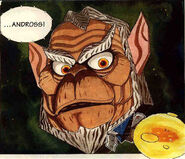 Fox meets Andross in their final battle in the Star Fox 64 manga.

The Robot Andross in the Star Fox 64 manga.

Andross's appearance in the backstory of the Farewell, Beloved Falco manga.

Andross is reconstructed on Titania.
Add a photo to this gallery
Retrieved from "https://starfox.fandom.com/wiki/Andross/Gallery?oldid=49175"
Community content is available under CC-BY-SA unless otherwise noted.